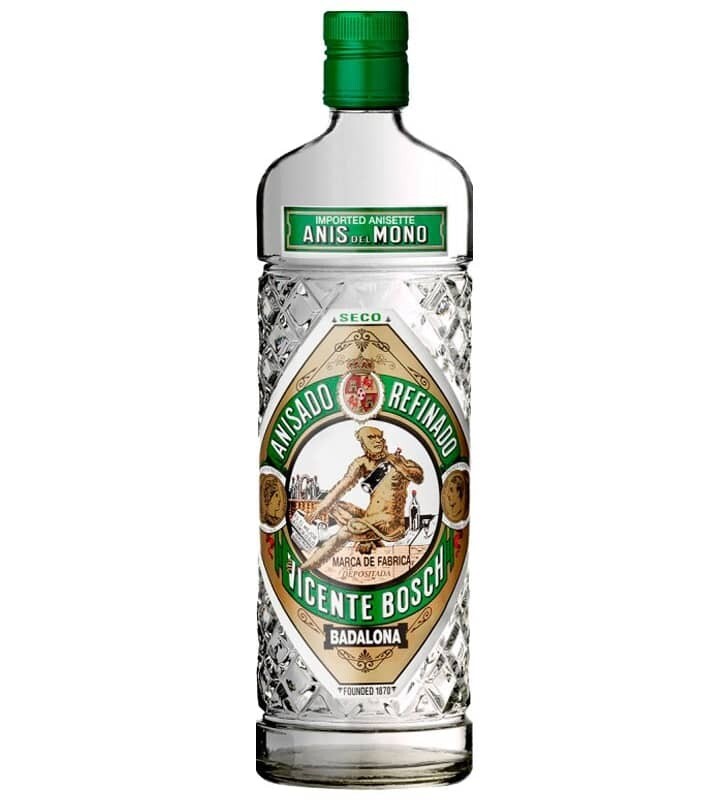 The Anís del Mono Factory was founded in Badalona, Spain in 1870. Anís del Mono takes its name from a small monkey that was given as a gift to the liqueur's creator, Vicente Bosch. The label itself is famous for two reasons. The first is because of the misspelling in the word distillation in Spanish (it should not have a double L). The second reason the label is famous is because of the very humanoid monkey featured in the centre that bears some resemblance to Charles Darwin.

To make the colourless, Anís del Mono Dulce, natural aniseed is distilled in copper stills with other aromatics in order to obtain only the essential oils. These oils are mixed with sugar cane, demineralised water, and neutral alcohol before being shaken, filtered, and bottled. The artisanal method of making this liqueur has not changed over the past 145 years.

The beautiful diamond-cut bottle was inspired by a perfume bottle that Bosch gave as a gift to his wife. In Spain, this bottle is sometimes even used as a musical instrument! To drink Anís del Mono Dulce in the traditional manner, try it with water and ice. It can also be enjoyed neat, on the rocks, or mixed with either brandy or coffee. Its gentle, full aroma is sure to draw you in.